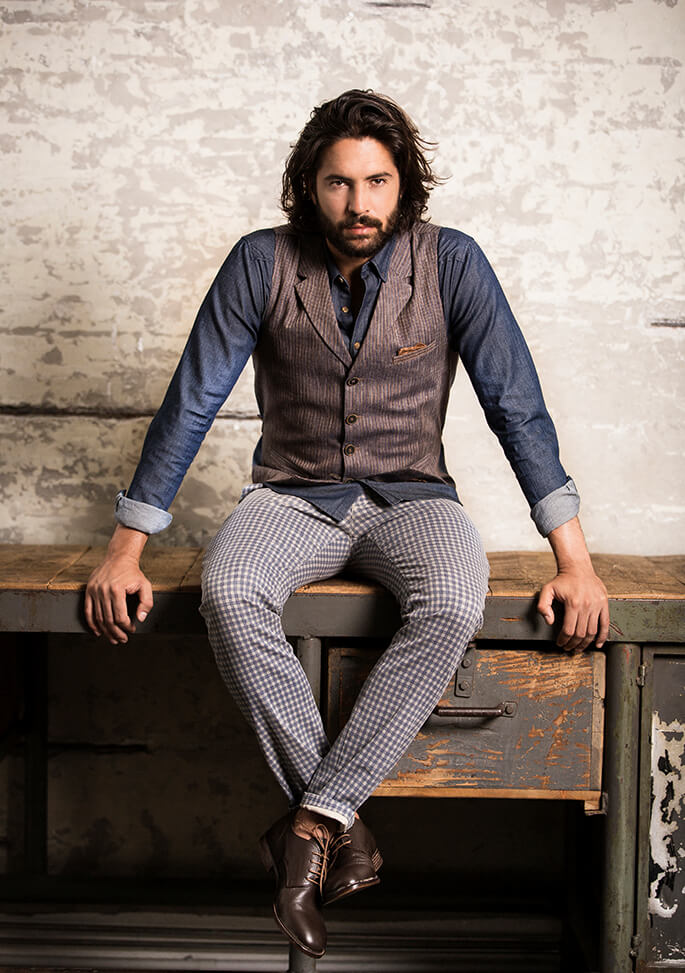 A man’s fashion style automatically becomes more daring the further the spring and summer seasons go on.Bold colors and patterns in different variations are suddenly everywhere. Whether checks (Glen check), stripes, dots (polka dots), paisley or houndstooth in many different variations, men simply want to break free in the sunny season and dress according to their mood. Creating the right mix and harmonious look is not so easy, though!

If it’s all about standing out from the crowd, you don’t have to follow rules. For everyone else, we have a short DORNSCHILD style guide. Before you get started, you should take a close look at the patterns of your clothes. That’s because the mixed variations can generally be divided into three categories.

If you want to combine the same patterns, the pattern proportions on the individual garments play a key role. Larger checks should be combined with smaller checks, just like small strips with larger ones. We practically recommend against a combination with paisley patterns or dots together, as this can quickly be too much for the overall look. When combining colors with a men’s vest by DORNSCHILD, just make sure that the colors are not too similar, so that the patterns can stand alone and stand out boldly. 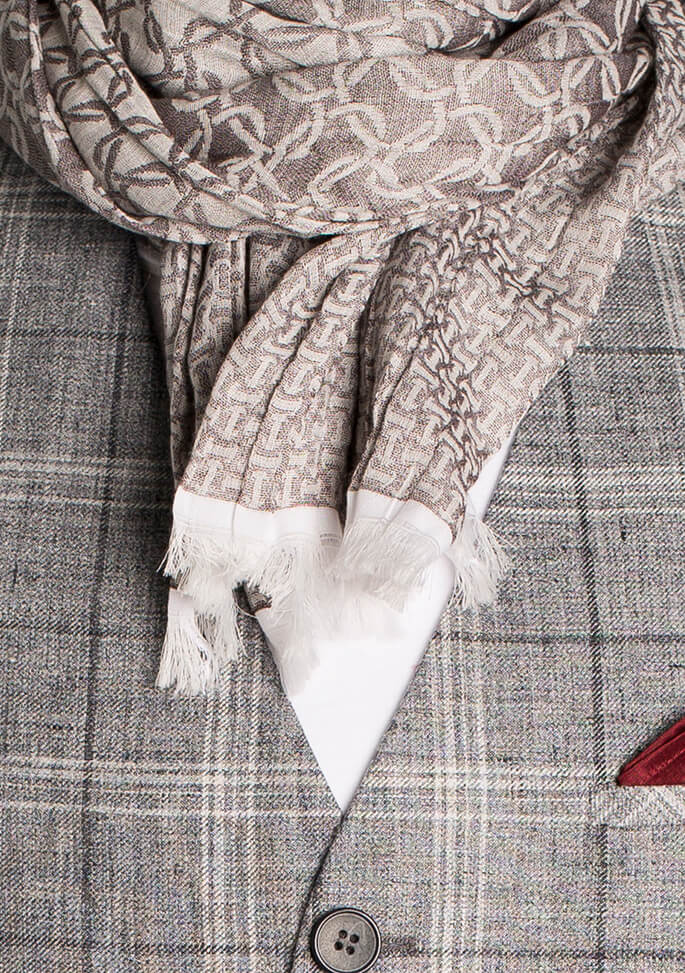 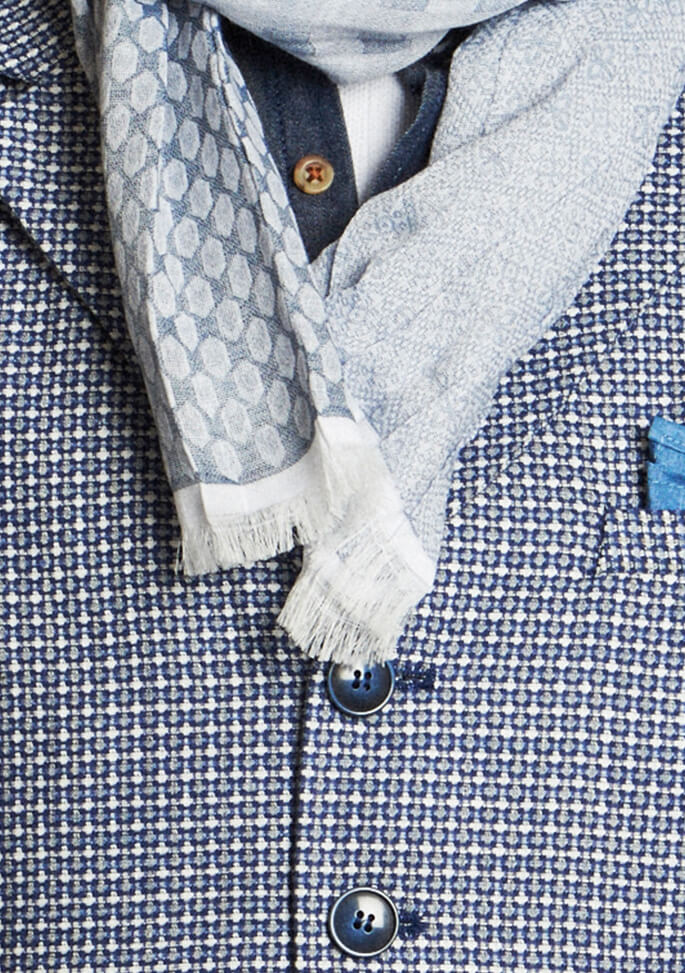 Combining two different patterns with a vest by DORNSCHILD is similar to creating matches with the same patterns. But in this case, the patterns should be very different, and the basic colors should harmonize with each other. A good tip is the bracketing effect, which says that the same color should be found in both patterns. This bracketing effect is also ideal when combining accessories and shoes. Wearing a pair of cognac-colored or brown shoes, for example, will create an immediate clever look if this color can then also be found in the DORNSCHILD men’s vest or in the pocket square handkerchief. 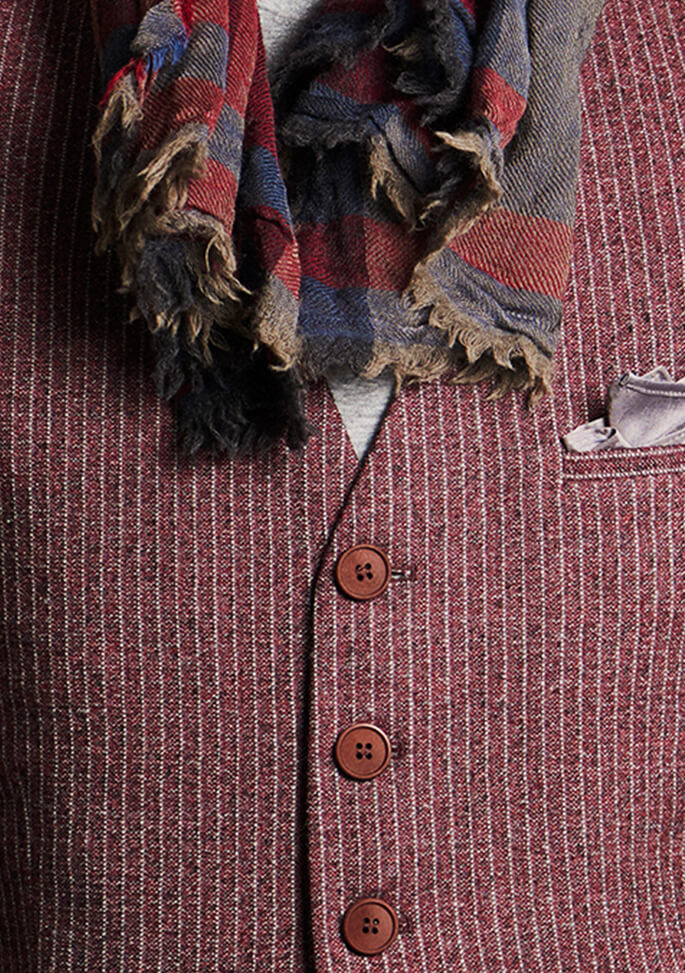 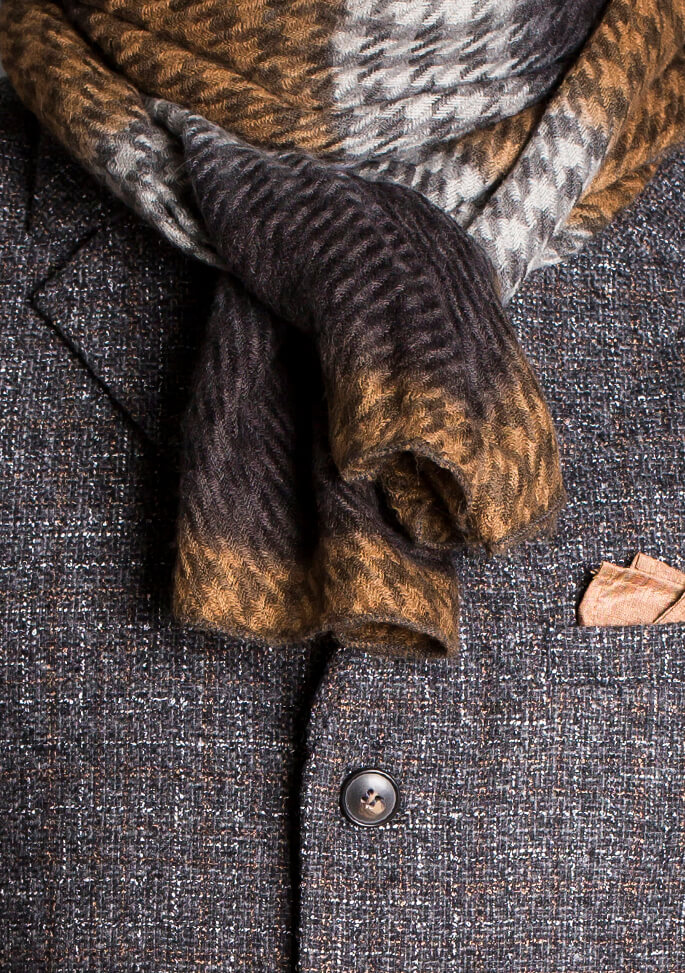 When mixing three or more patterns, the art sometimes lies in the color combination. The bracketing effect with colors should be used even more. This means one color can be discreetly found in at least two pieces of clothing. It’s best to avoid combining larger patterns, unless they can be discreetly found again in an accessory and create a contrast. Just as bold and contrasting colors are better left to the accessories. 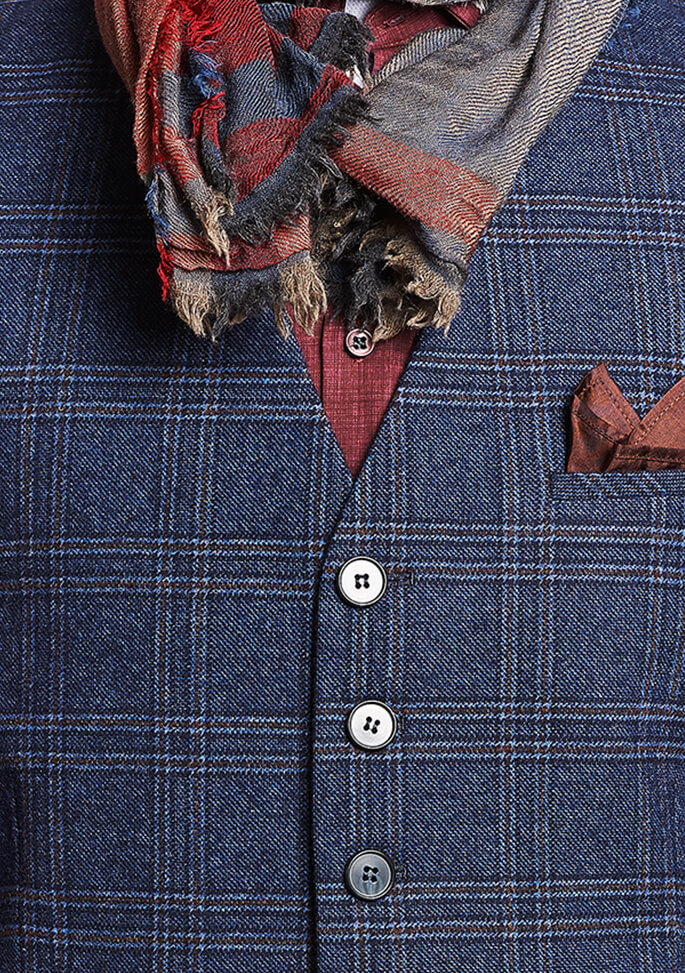 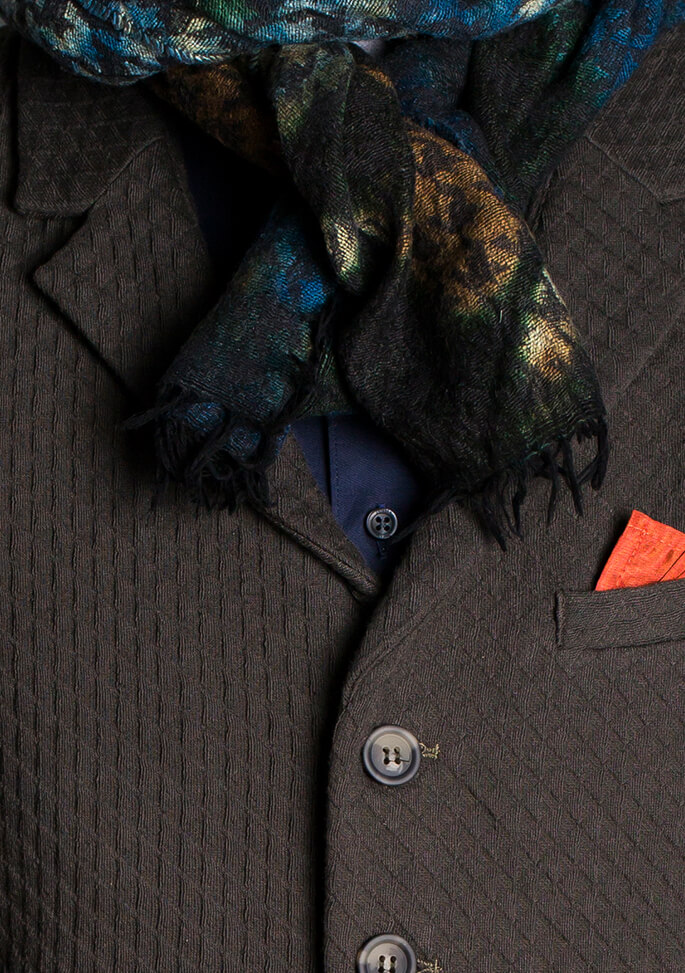 Ultimately, it’s all a question of the type of person you are and how much confidence goes into your look and appearance. DORNSCHILD hopes you have fun and the courage to mix and match!

🎩 Dressing well and authentically 🔥 is a for

Dear friends ❤️! We hope, you are doing fine

🥃 CHEERS our friends! Let us LEAVE THE PAST wi

Dear friends ❤️, NO MATTER how you feel, alw

Dear friends ❤️, thank you so much 🙏 for yo

And ACTION 🎬 please with the very smart actor P

An authentic 👍 and cool 😎 style is something

Dear friends ❤️, no matter how you choose to w

Hi guys 😎! In our new collection 🔥 we create

Dear friends 🙂, do you know our NEW 🔥 and ve

🎩 STYLE yourself always with a BIG SMILE 😃 l

Any cookies that may not be particularly necessary for the website to function and is used specifically to collect user personal data via analytics, ads, other embedded contents are termed as non-necessary cookies. It is mandatory to procure user consent prior to running these cookies on your website.